‘Traumatized’: Chester the kitten (pictured shortly after being rescued) was thrown into a bucket of oil by a group of teenagers

A gang of teenagers left a kitten “traumatized” after trying to drown it in oil.

The gang is also believed to have planned to set the six-week-old kitten on fire before a passerby intervenes and saves the cat’s life.

The kitten, who was named Chester, is now cared for in Wear Valley and the protection of Darlington cats.

The man, who did not want to be named, was walking through Chester-le-Street, in County Durham, when he saw the teenagers “messing around”.

He said: “I was working in Chester-le-Street and I was lost. I stopped to make a phone call and saw the kids messing around.

“I went out and took the kitten away from them while they were yelling at me. The kitten was traumatized – these people are just fools and cruel.

‘I guess I saved his life. I was lucky to be in a van and higher so I saw it because if I had been in a car I wouldn’t have seen it.

The young people would be around 14 years old.

Marion Maychell, volunteer coordinator at the Cat Rescue Charity, said: “We hope the kitten will be okay.

“I didn’t think it would pass the first night. We will take care of the kitten until we can accommodate it.

“It’s scary that people can do that. Maybe they covered it with oil to light it. I think the man who resuscitated the kitten is a hero.

“Fortunately, incidents like this are rare, but we are seeing an increase in them.’

The kitten is believed to be around six weeks old. 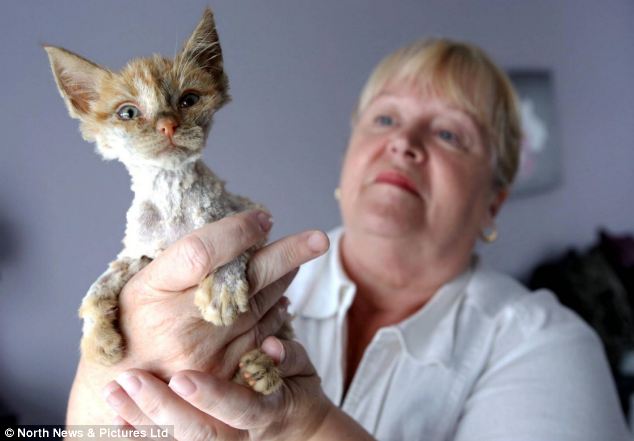 Veterinarian Jeremy Demeyre, of the Wilson Veterinary Group, in Bishop Auckland, said: “We washed the kitten and cut its fur. I think he swallowed some oil.

“He might be fine, but problems may arise in the next few days. This is the first case I have had where someone tried to drown a kitten in oil.’